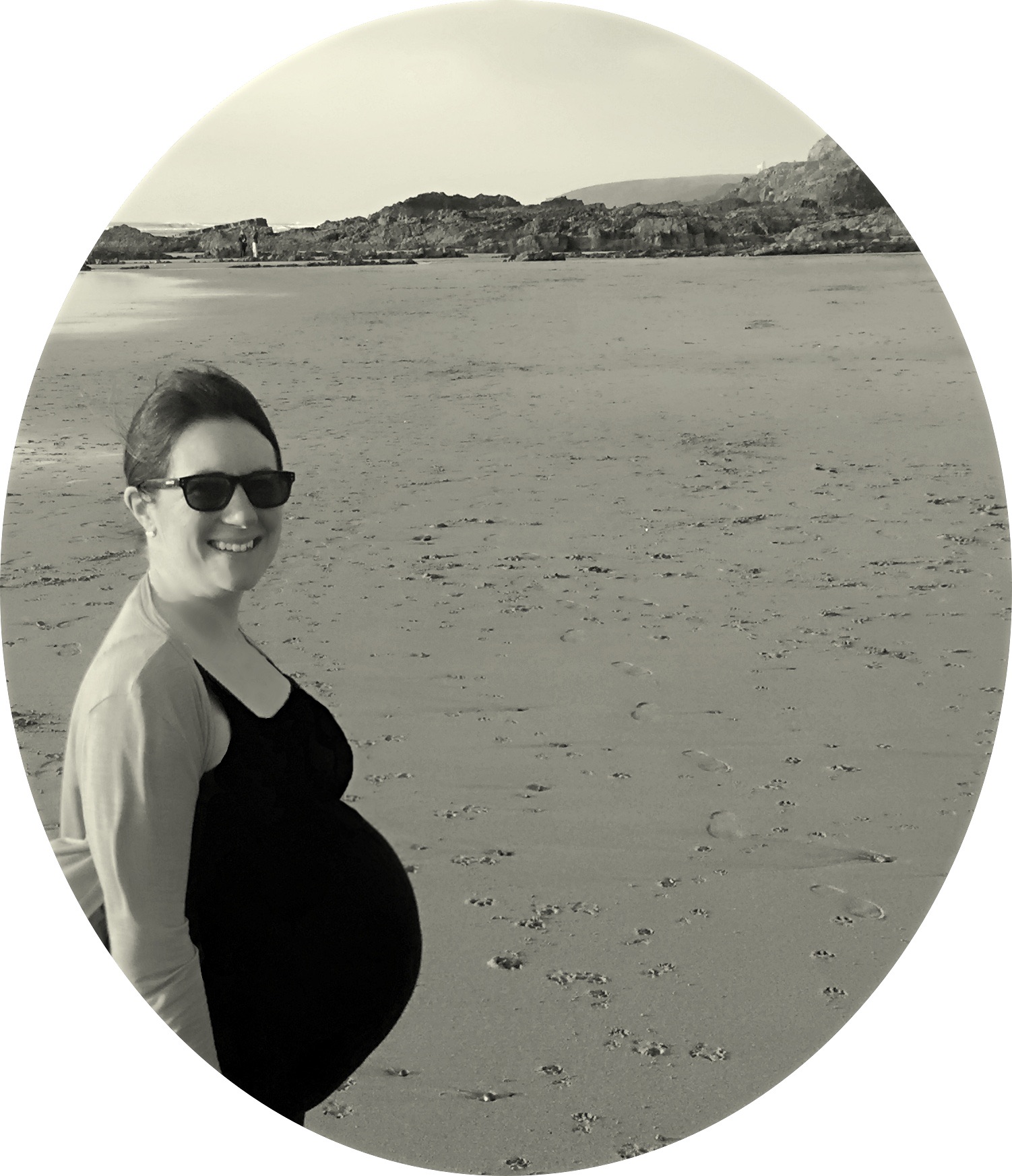 As it’s ‘World Breastfeeding Week’, it feels like an appropriate time to write about my experiences of breastfeeding and how neither were initially as easy as I had pictured they would be.

I am still a huge advocate of breastfeeding, but now having experienced it twice for myself and having listened to the experiences of both friends and family, I appreciate that breastfeeding isn’t for everyone and that everyone’s circumstances and opinions are different. For some, their situation dictates their experience, for others, lack of support means they don’t continue and sometimes a mother just prefers to formula feed and that is okay.

Prior to starting a family of my own, I became an auntie. My sister had hoped to breastfeed both of her children but her first child had a tongue tie which wasn’t detected straight way. Despite a lot of perseverance, her nipples were just too sore and she made the decision to move onto formula. When her second child was born, she was reminded of her first experience and understandably this impacted her choice to move her daughter onto formula once she’d received the lovely colostrum goodness.

My breastfeeding journey started off a little bumpy too as at less than a day old, our son was rushed to Bristol Children’s Hospital with a suspected twisted gut. Because I’d had a caesarean, I couldn’t accompany him in the ambulance. Instead, I watched as he set off with my husband while I was left feeling pretty distraught and on my own. It was a strange time and I was grateful when my parents turned up a few hours later to keep me company. I was surrounded by other new mums bonding with their babies and learning to breastfeed and there I was, on the postnatal ward, without my baby. Later that day, I was moved to a smaller room which meant I could have some quiet time. By this point I’d also been told that, thankfully, our son didn’t have a twisted gut so no operation was needed. He was on his way back to me.

Upon returning to the hospital, he was placed in the neonatal intensive care unit where he was given antibiotics for suspected sepsis and four days later we were discharged. It was a scary time and if I had not had the support I later received from the midwives and hospital staff, I don’t think I’d even have a breastfeeding journey to write about.

After our first night apart, during which I attempted to express a small amount of colostrum into a syringe to be taken to the neonatal unit, our son was brought to my room and we had dual care and support. Following birth, our son did breastfeed, but then after a day apart, it felt like we’d missed precious time. I had absolutely no idea how to get him to latch on once we were together again and felt exhausted and incompetent. Once my milk came in, breastfeeding hurt – a lot! Surely it wasn’t supposed to hurt? My husband said he’d never seen me in so much pain and I’m pretty sure he thought I’d move onto formula feeding. I stuck with it though – mostly because the midwives and neonatal time helped me during the days and in the middle of those nights when I was struggling and close to tears. Showing me how to get him to latch and supporting me with different positions was a huge help. They also reminded me that neither of us had done this before (me or my baby) and therefore it was a learning curve for us both. Prior to leaving hospital, I contacted a local breastfeeding support group and just a day after returning home, I visited them.  I also went a few more times in those first few weeks and months. While my husband didn’t like seeing me in pain, he supported my decision to continue breastfeeding because he knew how important it was to me.

During the first few weeks, I didn’t go out much. I felt like I had to lift my entire top up and play around with my boob to get our son to latch properly. I didn’t want to flash to everyone around me, so I avoided feeding in public. I remember one day during those early weeks when we had a lot of visitors – far too many, now looking back. I was tired and emotional and didn’t feel comfortable feeding in front of them all, so I went upstairs to our bedroom to feed up there. At the time, I was also expressing and freezing milk as the intention was that we’d move to at least one bottle of expressed milk a day so my husband could feed too. I remember being sat on our bed looking at the mirror as I fed our baby from one boob and expressed from the other, all while hearing the sound of chatter from downstairs. I felt like some kind of milking machine and wondered where the person I used to be had a gone because I didn’t recognise the woman staring back at me.

It took a while to build my confidence, but soon I started to venture out. Latching became easier, so it was less obvious, and it hurt less and less. During those first few outings, I remember feeling like everyone was looking at me, but I soon realised I was just self-conscious and actually nobody was that interested in what I was doing. It took around a month before I can really say we mastered breastfeeding and that month felt like the longest one ever! I soon began to enjoy the closeness of feeding and the bonding time we shared. As I was planning to return to work 7 months after giving birth and I felt that expressing at work wasn’t for me, I started switching one feed to formula at around 4 months. Then, I gradually increased this until when I returned to work, I was breastfeeding morning and evening only. Upon his first birthday, our son received his last breastfeed. 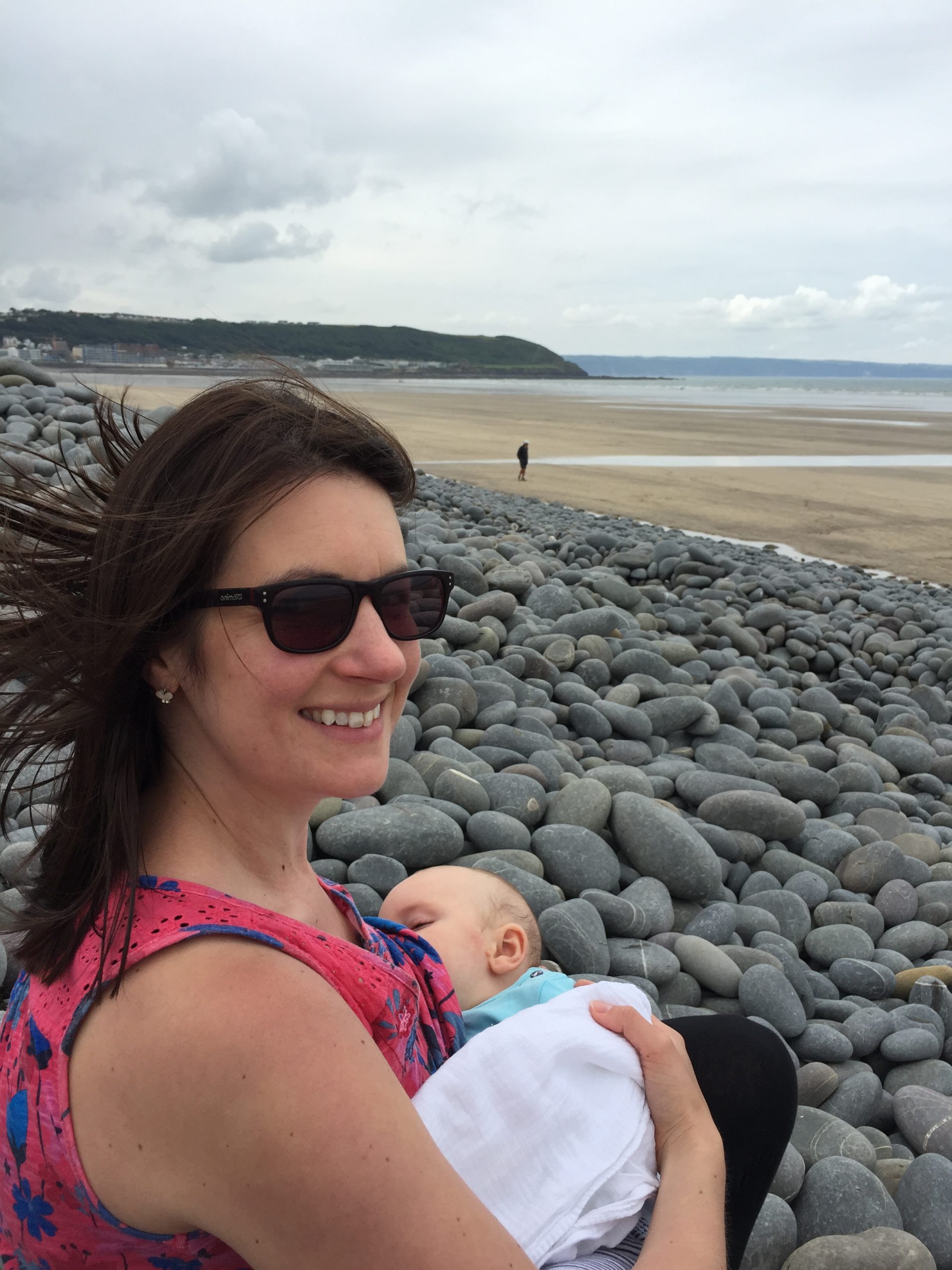 When our daughter was born, I planned to breastfeed once again. I mistakenly thought as I’d done it before it would be easier second time round. I was shocked when my milk came in and once again, I was reminded of the initial pain I’d experienced first time round. Of course, I’d not considered that our daughter hadn’t breastfed before and that it had been over 2 years since I had last done so. We had to find our way together. Nipple cream is definitely a must in those first few weeks and months and that, along with my sheer determination to not give up, got me through the initial pain. Within just a couple of weeks, it felt like we’d reached a happy place. I exclusively breastfed for longer this time as I had more time off work which meant there was no rush to end my breastfeeding journey. On the morning of our daughter’s first birthday, I breastfed for the last time. I definitely felt a little wobble as I realised it would be last time for us both as we don’t plan to have any more children. Despite my ‘wobble’, I knew, for me, it was the right time to stop. Looking back, I feel immensely proud of the time I breastfed both of our children. As a result of my own experience, I will always support those who want to do the same – whether for a couple of weeks, a couple of months or a couple of years.

Ultimately, as mums, we have to make decisions that are right for us and our baby and should not be judged for the choices we make. A mother’s wellbeing is paramount, especially after giving birth, when hormones are all over the place and we have a newborn baby who we feel both an abundance of love and a huge responsibility for. As a new mum, we may feel a lot of anxiety and it is easy to quickly feel overwhelmed. I know this is very much how I felt in the early days and weeks after giving birth. If you want to breastfeed, it is important to not put too much pressure on yourself and it is vital you feel supported with whatever decision you make.

Where can you find breastfeeding support?